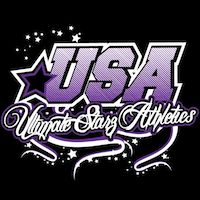 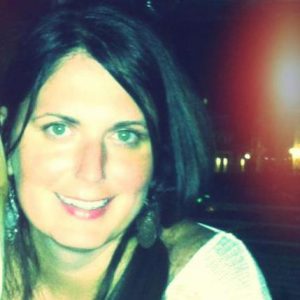 Kelly started Ultimate STARZ Athletics in March of 2010 and is thrilled to have over 175 athletes in the program. She is a full-time Regional Manager and a mother to Krystie 27, Mckinley 25, and Riley 18. Fichtner goals and beliefs in starting an All-Star Program were to give each and every child the opportunity to succeed, learn team-work, and to build on each and every child’s skills. Fichtner, who resides in Braintree, also brings considerable experience as she has coached Braintree Pop Warner cheerleading for six years and has been actively involved in several aspects of the All-Star Cheerleading world. She has watched all three of her daughter cheer for Braintree Pop Warner, highschool cheer, and competed nationally for 6 years on an All-Star team. She has watched her local Pop Warner teams over the years have won numerous titles and awards and is now looking forward to watching Ultimate STARZ Athletics take the mat this 2010-2011 season. In 2012 she brought Braintree Pop Warner to their first ever National Championship in Orlando Florida, where her team took first place and had the second highest choreography score throughout the week. In 2012 they placed first in Hockomock League, Qualifiers League and Regional League making it the first time Braintree Pop Warner has ever won four championships in a row.

Fichtner loved coaching for the town and wanted to give kids the chance to be able to cheer competitively at a great cost & schedule. She began doing her research over a year ago and founded Ultimate STARZ Athletics. The first thing she needed to accomplish was to find some of the best coaches out there. She did and loves working with each and every one of them. They all bring something unique to the program and they work extremely well with the cheerleaders and their parents. Kelly & the staff at U.S.A is looking forward to a great season.

As the Owner & Director of Ultimate STARZ Athletics, Kelly knows what it takes to be the best and is determined to watch Ultimate STARZ Athletics grow with the help of great coaches, awesome parents and the hard working cheerleader’s in the program! She truly believes with positive coaching, hard-work from the cheerleaders, and dedication to the program from their parents, U.S.A will be successful. She is certified by the USASF in tumbling, tosses, and stunting.

Krystie has been involved in All-Star Cheerleading since she was 8 and has been coaching for the past 8 years. She has extreme passion for the sport and every athlete at USA. Krystie keeps up-to-date with the latest in all-star trends; from choreography to updated scoring and penalty rules. She strives to keep STARZ competitive and to keep growing the program. Krystie is USASF Certified in levels 1-5 for stunts, tosses, and tumbling.

This will be Liz’s ninth season coaching at USA. Over the past 8 seasons, she has coached tiny, mini, youth, junior, and senior level teams from levels 1-5. With her teams winning over 50 national championships, as well as numerous choreography and specialty awards, Liz loves and adores her athletes. She has grown to have such a passion for All-star cheerleading over the years and creating the most successful teams, along with the other amazing USA coaches. Liz is USASF certified in levels 1-5 in stunts, tumbling, and tosses. Besides volunteering her time, to be a coach at USA, Liz works at Boston Municipal Court in the Probation department and looks forward to ending her days with her STARZ family.